The Market Challenged Among Us

An Earnest Prayer for Economic Education 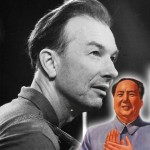 Capitalism is the way of the world.  It always has been and always will be, ever since father Adam began pulling thorns and briars out of the barley patch with his bleeding hands,  and decided, (I am willing to wager, though my source be not scriptural), he wasn’t about to just give it all away.

Yes, Pete Seeger died this week, and as much as old Pete might have liked all the babies to be raised in red diapers of exactly uniform size,  with kibbutz-style  baby scales weighing all the village progeny before and after state-issued pabulum rations, the reality is that no matter how far anyone goes in the command-economy direction, someone will be there to sell the fat kid’s momma an extra ration.   There is a fluctuating price for every human desire, no matter how much Augustine or Fidel wants it to stay fixed, and manageable.

Even in the darkest hour of Soviet Communism, when you had to make do with state-issued shoes that wouldn’t fit, that wouldn’t hold out the muddy winter sewage of a Stalingrad street, some enterprising black marketeer was ready to risk a beating, or prison, to sell you a pair of shoes made in Hamburg, or the good old USA.   These would be shoes that worked, comfortable shoes, warm, water-tight, western shoes. Shoes that didn’t fall apart — shoes made, in other words, by some evil, profit-seeking capitalist.

When no one is rewarded for making shoes that work, or when the reward is the same for good shoes and bad shoes, guess what?  You get bad shoes.   If a bumper wheat crop or  bad crop of wheat earns you the same dingy sack of potatoes and the same caustic bar of state-issued soap, you are going to wind up fearfully short of bread.

This isn’t exactly a graduate colloquium on Proust.  If you outlaw drugs, or guns, you will still be able to buy them, from some very tough dudes, who make a lot of money selling them. You can cripple the market, but you can’t destroy it, and you will end up leaving a lot of people hurting, or dead, in the process.  Capitalism will still be the place you go to actually get things done.

Even societies suffused with good will, intent on helping each other and sharing the same spiritual orthodoxies can’t make the collective thing work very well.   The Plymouth Plantation settlers didn’t really start raising food, in sufficient quantities, until they were each given their own land to cultivate.

We understand this on a personal level, when we sit around the kitchen table and someone asks the question, “you know what I want to invent?”   What follows is a description of a product and dreams of vast wealth.

We trade the Bill Gates and Steve Jobs stories back and forth and we recognize the extraordinary price a professional athlete can charge for his rare skill, but, as America’s on and off love affair with collectivism makes clear, we either want it both ways, or, more likely, we aren’t familiar enough with supply and demand.

Bill Maher, a guy who should be smart enough to know better, thinks you can reduce income inequality and entitlement payments by raising the miniumum wage.   So what would it be, Bill?  $10 an hour?   $15?  Why not $100?  Why not $1,000 an hour and free unicorn rides for all the kids too?  It’s a bit like thinking you can fly by pulling up hard on your underpants.

Bill may enjoy illustrating his witlessness with unflattering pictures of Michelle Bachman and Ted Cruz, but he isn’t thinking it through.  Raise the minimum wage.  What happens? Prices go up.  The cost of living goes up.   Some workers lose their jobs, and the ones who remain face a higher cost of living, until the next Comedy Central Nobel Economics Laureate advocates yet another — there we go — increase in the minimum wage.   Push up labor costs, shrink the market, reduce jobs, raise prices, and then, um, raise the minimum wage again.

Bill’s smart enough to get a laugh, and build an audience, and make a fortune, but he’s just like much of the rest of our republic — he’s an Adam Smith, free-market dimwit.

So my proposal would be to require supply and demand economics education at every level of our school system.   First grade students should be taught the success stories of great entrepreneurs.  Second grade students should be taught how many people have jobs because of great product innovations.   Third grade teachers should perform a skit, thanking private business for the tax base to pay their salaries.  By high school, seniors should be able to complete a thorough cost-benefit analysis, measuring the relative value of any new regulation.

How will we pay for this?  Simple.  Eliminate all environmental education.

A mind, after all, is a terrible thing to waste.  Ask Bill Maher.

The Trials of Influenza
Bright Students, Meet the Cynics
Ads by Google