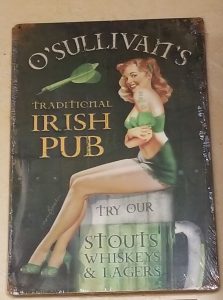 The Age of the Image

Anyone else think it strange, or at least inadequately considered, that Hugh Hefner should receive a loving pop-culture send-off upon his death, just about a week before the news cycle was flooded with Harvey Weinstein’s tale of epic sexual harassment?

On the one hand, we were invited to ponder Hefner’s life as a kind of tribute to sexual liberation — an unshackling of sexual inhibition — and then we were treated to a morbid carnival of that very unchained concupiscence, complete with Harvey pressuring starlets into hotel rooms and blocking exits as he dropped his pants. Not even the flowerpots were safe. (What sort of man, by the way, asks women to watch him take a shower?  What twists in the channels of desire make for that sort of kink?)

So Hefner served up the satin-cheeked bunnies and Weinstein played the part of the big, ugly, swollen-faced thumper, but I don’t think very many people made the connection. If you create the illusion (Hefner’s work) of a world populated casually with naked, available bliss, then someone like Harvey, with enough money and power will attempt to make this fantasy a reality, even if the women in question have absolutely no desire to play along.

The truth is that people, for the last two generations, have thrown around the term “consenting adults,” as though that reality were as common as bottled water, and as though men and women had calm, rational discussions about the state of their passions. Neither reality is true. Sex, for most civilized men, is something achieved after a lonely stretch of raking leaves as a teenager and proving yourself steady enough, to put it anthropologically, for the attraction of a nesting female. And the mating dance itself isn’t anything like filling out a mutual consent form.  Someone holds a hand and someone either accepts, or bats it away.  Someone leans in for a kiss and someone either responds, or looks the other way. I’m told that the current generation of teenagers “hook up” a lot more easily, and casually, than former generations, and that might have something to do with pornographic conditioning, but I suspect the basic mating dance is still about the same. For the most part, men struggle with desire, and women struggle with when to say yes to their own desire, and how to say no, on the continuum running from “not yet” to “absolutely no way, ever in a million years.”

I think we should all get back to pondering the nature of healthy desire itself, and I say that for nothing less than the future of civilization. That sounds a little grand, but if you look around you, and you consider the sort of trauma created by everything from pornography, to gender confusion, to divorce, to rape, to unwed parenting, to sexually transmitted disease, we’re really witnessing a vast wasteland created by our inability to improperly put our sexuality into its proper context. For all the talking we do about the subject, I don’t think we understand it, and we don’t understand what can happen when it’s made into a shrine. “Sexuality,” a wise writer once wrote, “is the metaphysics of materialism.” This reality makes for some really pitiful worship.  As John Nolte brilliantly reported, Hugh Hefner, the man, descended into an ugly spiral of decrepit ecstasy-hunting. He became..

In the age of ultra-cheap color printing, 300 cable channels, streaming video, and inline tropical resort marketing, most American men, if not as image and flesh bombarded as Hefner, actually proceed through their day with a near constant visual reminder of the female form.  And real live women, conditioned by the same marketing realities, inevitably begin to value themselves as some reflection of a Sandals vacation model. I don’t think we can overstate how different our age is, on this front, from the vast march of time, over the several millennia from Hebron to Hollywood.  Ours is the age of the image, and the result is that we’re constantly being invited down the warped, sated path that Hefner both blazed and trod.

We have to recognize that mistake for the gluttony it represents.  Eventually the pizza gets stale. Eventually, we’re seven hundred pounds of morbid obesity and we’re tripping over our own flab.

On the other hand, there are those among the faithful who try to make sex so spiritual, it really can’t be understood as being sex at all.  I’ve argued that some branches of the church actually created Hugh Hefner, by failing to celebrate sexuality in its proper (married) context. In this mind-set, love is the virgin queen and desire is the wicked step sister.  That’s the wrong way to do it.  Those two sisters aren’t at war, but love gets all the glory and sex gets all the shaming. When was the last time your pastor gave God’s sex wisdom from the pulpit, and gave it in a way that gave desire its due:

Let thy fountain be blessed: and rejoice with the wife of thy youth. Let her be as the loving hind and pleasant roe; let her breasts satisfy thee at all times; and be thou ravished always with her love.

I don’t blame American Christian women, at all, for not wanting to compete with pornography.  Who could?  The very thought of it sounds as exhausting as the sort of emotional cat fight that must have taken place between Jacob’s wives, but there’s an equally dangerous path, and one that can lead to more pornography and more infidelity among both men and women:  start treating sex as trivial, start marginalizing it, start putting a thousand conditions on it taking place, start making it the last item on your list. Build up a big inventory of loneliness and frustration, and then see what happens.

One of the ways we make a step-child of sex in church culture, frankly, is delayed marriage.  My daughter-in-law, who was married as a teenager, introduced her husband to a member of the audience at a play recently.  She was greeted with unwelcome surprise.  “You’re too young!” the woman responded, and then, with a sympathy that was insulting, she said, shaking her head, “good luck.”

Who can actually explain this prejudice?  Who can actually justify asking adolescents, who are sexually mature as teens, to wait until they are twenty-eight years old before they settle on a mate?  What are the unspoken assumptions?  Live out a little personal pornography for ten years?  Try out different partners?  Pretend you have a gift of celibacy that you don’t?  Do people actually think it’s easier to maintain a loving marriage after having had multiple sex partners?  Was Paul just kidding when he wrote, “better to marry than to burn?”

Hugh and Harvey didn’t spring out of a vacuum.  They borrowed and abused a step-sister the church didn’t understand.

The Idea of America..
Can I Kiss You?
Ads by Google