In Defense of Golly 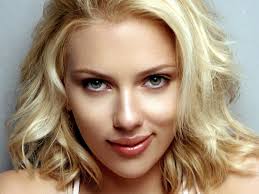 A Facebook friend was a bit surprised, recently, when I availed myself of the term “golly.”

I can certainly understand her concern, and I was flattered to think I had somehow projected the sort of image that would have been blemished by its indiscriminate use.   It’s really one of the nicest things you can say to someone:  “I didn’t take you for the sort who would say, ‘golly’…”

That means I am cool, or have gravitas, or something.   I don’t,  but it’s nice someone thinks so.

Listen, I do choose my words carefully, though, and golly is poised for a big comeback.

Someone calls you vile, dismissive names, impugns your manhood, implies you spend too much time on Facebook, (ridiculous).   It’s simple.   You only need one word:

Golly.
(The wholesome way of letting them know they are a half-wit.)

Or you can embroider on it a little:

Golly, your words have hurt me deeply.
(You aren’t even on my radar.)

Or someone posts a really amazing picture of some sort, and you really should say something keen, and inventive, but you’re in a hurry. Golly, in its plain, happy, wholesome exuberance will stand out.  It takes a cheery, faithful heart to write the word Golly, and really mean it — and that’s the key.  You have to mean it.  People will love you for a good, genuine, retro golly, but don’t try to use golly if you are the insincere sort.  People see right through fake gollies.  I get so sick of people trying to use golly in that practiced, borrowed way — as though hip-wholesome were something anyone could just put on whenever they felt like it.  You have to have done some serious Sunday School time to get away with the casual golly.

It’s historic as well.  You might be tempted to think it’s a Cold War expression of shock, awe, or wonder, but it goes back much, much further.  “My Golly!” quoth Jonas, (in some story about a cheese press.) It’s all over the 1830s scene.    June Cleaver did not invent golly, although, come to think of it, on one of your really down days, when you feel as though no one cares for you, wouldn’t you just love to pour out your heart  to Barbara Billingsley, have her squeeze your shoulder, and just confirm your struggle, with a simple, heart-felt “golly..”  Admit it.  Stop being so cool.  You need a good golly, Wally.

And then, guys, (girls, stop reading now), when some woman posts a picture, and it streams by on your feed, and — let’s be real here — it has that dawn of creation dimension to it, that voluptuous Ur Woman drum beat, that primal call to fatherhood.  There you were, actually trying to write a letter to your accountant, trying to mind your own business, and someone tries to illustrate a point with a picture of Scarlett Johansson, or even more outlandishly, a picture of themselves, and, frankly, it’s a tad over-provocative.

Golly to the rescue.

Can’t you sense its power?  At one time, it expresses praise.  (That’s what they wanted after all.)  And you actually wanted to express praise, right?  It lets you get back to that letter to your accountant, without leaving this weird siren buzzing in the background.  It also calls God in on the conversation. Golly and my golly were originally used, methinks, to express God’s grandeur without using His actual name.   And frankly, it’s just boyish and nerdy enough to be non-threatening.

What woman could possibly be threatened by a man who responded to her form-fitting picture with a simple, loving, appreciative: