Let’s Cancel The Race Card Entirely, Shall We? 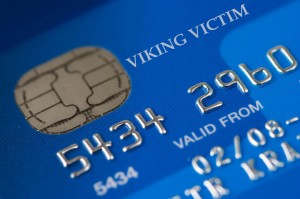 Look, folks if you were born after, say, 1955, in America, you’ve grown up ingesting the whole salad bowl, melting pot, indigenous people, civil rights smorgasbord.  We’ve had all the various race dish problems named and studied. We grew up on Star Trek global citizens exploring brave new worlds with ethnically mixed and balanced crews. We’ve silently been aware of where your GPA and SAT scores have to be if you’re not black enough, or applying while Asian. We’ve casted marketing photographs with just enough whites, blacks, and browns.  We’ve even dutifully put the white guys in the back row to even things out.

I dated a Korean American girl in high school and I had a romantic fling with a black woman in college.  I married a Greek American women and my kids joke about “brown Rileys” and “white Rileys.”  In 2017 America there might be a “white nationalist” here and there, but they don’t vote, don’t socialize, and I imagine their political clout, apart from raising money for the Move On folks, is absolutely zero. The only place “white nationalism” actually exists is in the fevered imagination of progressive TV news panelists.

Are there “crackers” out there?  Yes.  Are there black supremacists and black separatists?  Certainly.  They are fringe, and we need to start treating them like fringe. If we assume they are a threat, we give them more power than they deserve, and more importantly, if we start sniffing racism in the character of every decent American you work with and live next to — you INSULT them, and you may even turn them into racists.

Race is only important to people who are milking it for every last drop it’s worth. You know the type.  Every personal story includes some commentary on the “special challenges” they have overcome. Stories of slights endured by their great grandparents are related as though they endured those slights themselves. You give them an assignment and they say something like, “I think I’m ready for more.  Just because I look different doesn’t mean–”

STOP.  It’s time to treat those subtle and not so subtle accusations of racism as the gross insults they are, as the race-baiting they manifestly represent.  People should be afraid to even imply you’re a racist unless there is incontrovertible evidence to the contrary.

That’s the opposite of where we are right now. Anyone with a victim card plays it shamelessly, and we let them.

Get aggressive about canceling that race card. Get in their face and tell them to shut up and get to work.  There were blacks who really did endure Jim Crow and Irish who really did see “no Irish need apply” in the window.  It is a shameless con to ride that train if you’re not actually on it.

New Things to Worry About
The Favor
Ads by Google