Beto’s Country is not America 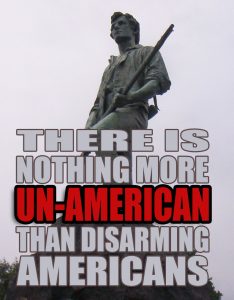 I am not much of a meme-er, but I composed this one a few years ago and whenever I share it, it seems to be re-posted far and wide; the fear of being made into a defenseless peasant runs very deep in the American soul. In polite company we don’t volunteer this, but we have active contempt for our British, Australian and Canadian cousins on this front. A republic that doesn’t trust its citizens to defend their country, and their realm, is closer in spirit to a third world dictatorship. All you have to do to confirm this is visit the most heavily gun-controlled cities in America.  When a basic human need — self defense — is denied, self-defense isn’t ignored.  The law is ignored. The neighborhood correctly understands that their magistrates and police officers see them as zoo animals to be caged, and decent people fall victim to thugs who never had respect for the law in the first place.  Everyone arms up, and with respect for the law gone, they start shooting each other.  Why should a people held in such contempt behave otherwise?

It’s a bit like a friend from Mexico told me about his violent childhood home: “Guns are illegal, but everyone has one.”  When will American progressives, or British politicians for that matter, learn the lessons of prohibition?  After everyone in London turns in their steak knives, will they be taking inventory of unused bricks and fence posts? 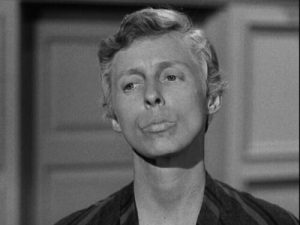 Beto looks a bit like Jane Hathaway from the Beverly Hillbillies, doesn’t he?  He has the bearing of a gender-neutral, well meaning girl scout leader. Unfortunately, unlike Jane, his earnest civility is false. Asking the American people to disarm is not the act of a cultured, civilized policy maker. It’s the mindless bleating of a barbarian.

Beautiful Belligerence..
What if your Church Were a Little Scary?